Hafa Adai Students! Be a part of history and show your islander pride by participating in and/or observing the "Fanohge: March for CHamoru Self-Determination". The activity is open to all GDOE students.
Note: This event is non-partisan, open to everyone, regardless of their ethnicity, politics or preference in terms of Guam's political future. 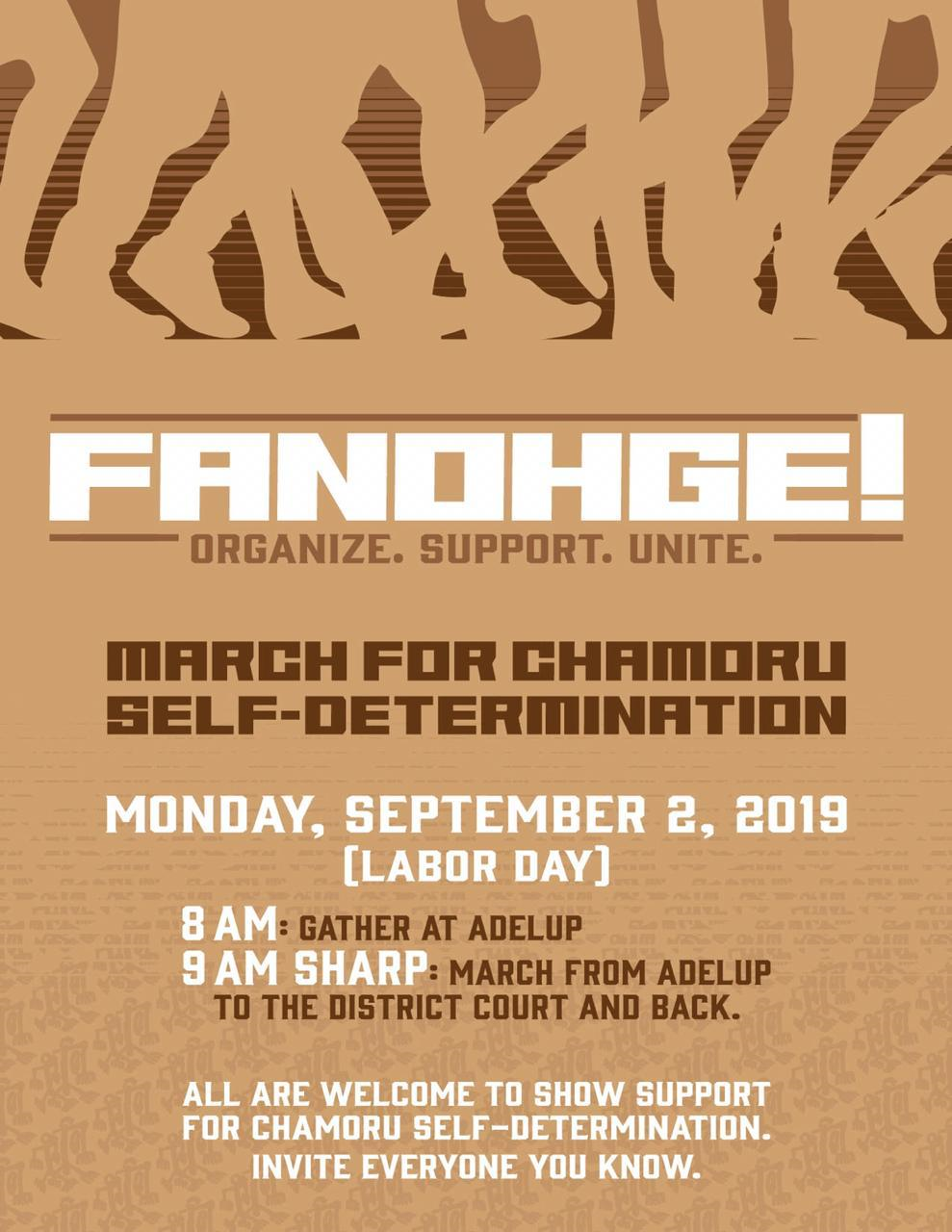 Preparation Instruction:
To prepare for the activity, you can educate yourself about why the march is taking place, its goals and how living on a Non-self-governing territory affects you, your family and your community. (see your Social Studies teachers for more information)

Activity Instruction:
The Fanoghe March will take place on September 2nd, 2019.  Members of the community will gather at Adelup (Governors’ complex) at 8am and march to the District Court, starting at 9am, and back.   Student can make and display posters, take and post pictures/video or just observe.

Students have several options as to how this participation would be considered service learning.  Students may create a letter to the editor, poetry, an edited video, photo slide or multi-media presentation to be delivered to students who were not able to attend.  Please consult with your individual teachers to explore possible forms of sharing or service for this activity.


Reflection Instruction:
Students should focus on the perceived impacts in which the march may have generated.

In order to earn service learning hours, a reflection will need to be turned in to a teacher for input into Power School. The reflection should address: What did you do? What did you learn? In what way was this service to your community?

AG.4.10 Critique local, state, and national elections, including the following: • The organization, role, and constituencies of political parties • The nomination and election process • Campaign funding and spending • The influence of media coverage, campaign advertising, public opinion polls, and Internet-based communications on elections • The impact of reapportionment and redistricting on elections • How amendments extend the right to vote • Voter turnout • The degree to which interest groups influence political life

WG.4.1 Explain how the forces of conflict and cooperation affect the division and control of the Earth’s surface, including the following: • The reasons for the creation of different political divisions • Ways cooperation among political jurisdictions is used to solve problems and settle disputes